Mass Graves for 12,000 Victims of the Soviets 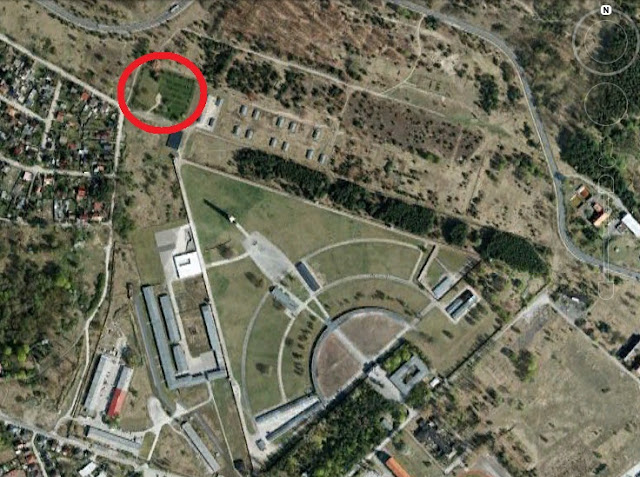 This truly is the saddest part of the entire memorial, in fact, it's not even in the memorial 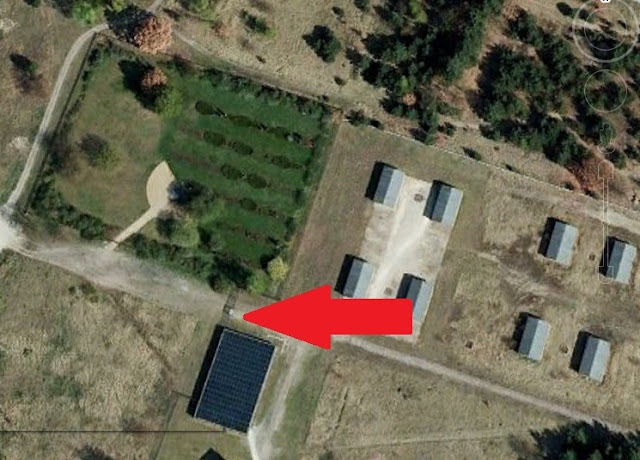 Marked above is an expensive looking electronic gate. You push a button to let yourself out of the memorial,
and then later, push a button—with a security camera in your face—to request re-entry into the memorial. 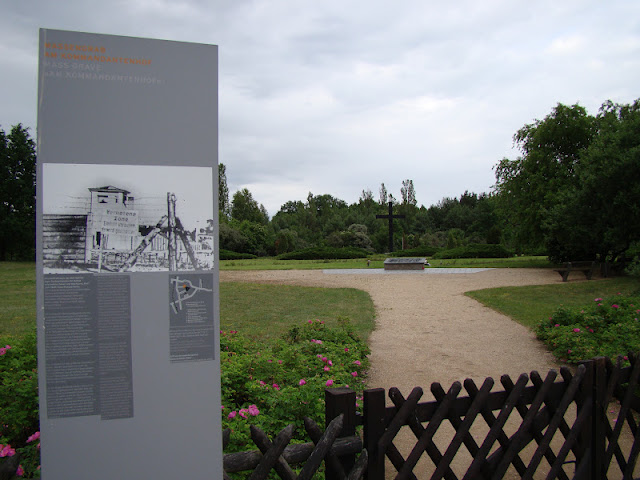 In August 1945 the Soviet secret service, the NKVD, set up Soviet Special Camp No.7 (from 1948 No.1) in the core area of the former Sachsenhausen concentration camp. From then until the camp was dissolved in the spring of 1950, some 60,000 people were interned here, of whom nearly 12,000 died of malnutrition and disease. The Soviet camp administration had the bodies thrown into three mass graves around the camp. After 1990 it was possible to locate the graves with the assistance of contemporary witnesses. They were then given a thorough forensic examination and designated as cemeteries.

As a rule, the dead were buried after 10 pm, after curfew, or you could actually say covered with earth. But they called me beforehand even if there was only one dead body ... it was a big trench, the trench was about half full. The dead bodies were thrown in tossed down into the trench from the trailer and then covered over with soil. The layer of soil was then added to during the day by the burial detail. 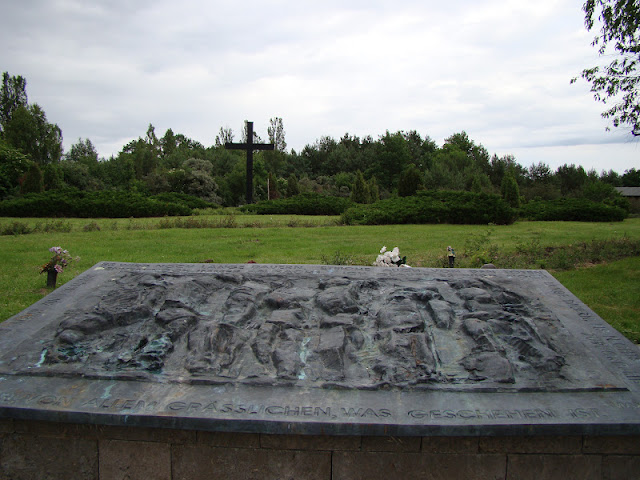 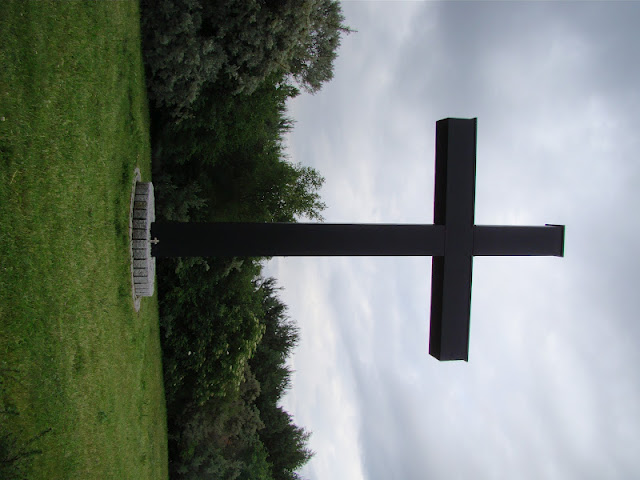 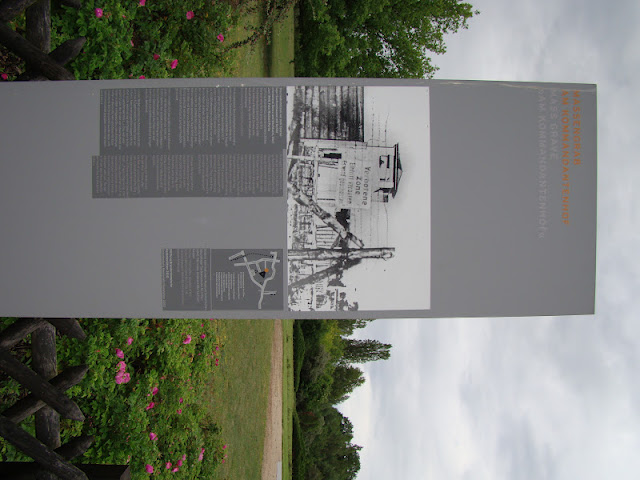 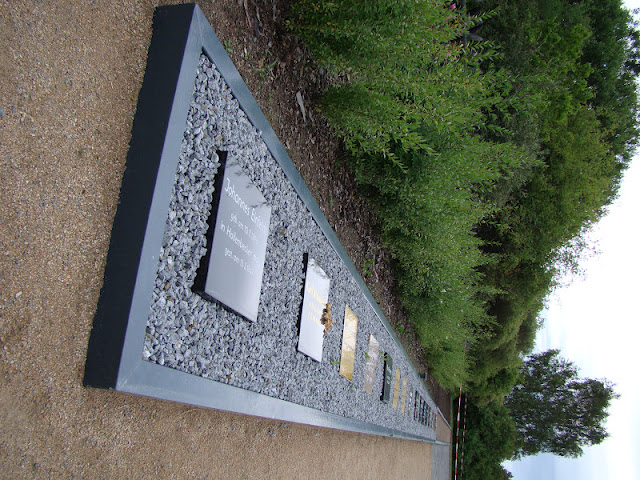 There plaques bear the names of a few of the almost 12,000 people killed in this Soviet run
concentration camp between August 1945 and March 1950. When there wasn't "a war on." 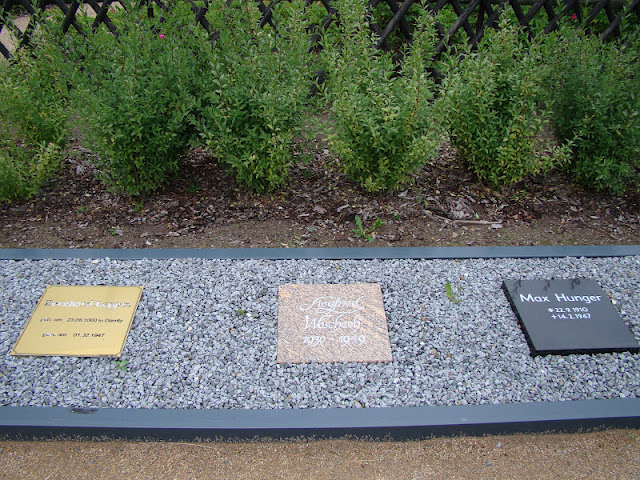 These plaques commemorate the victims (from left to right):