The "liquid Cyclon B" Gas Chamber 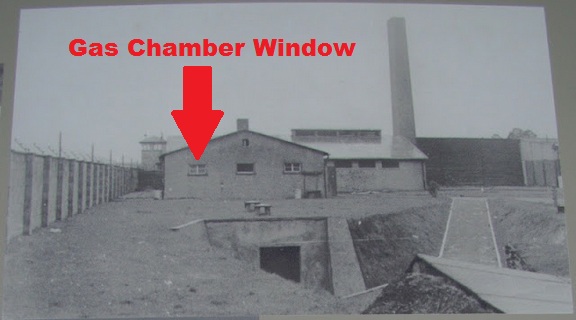 This is a Soviet photo from 1945, which is reproduced on a museum sign (the big red arrow is my own addition) 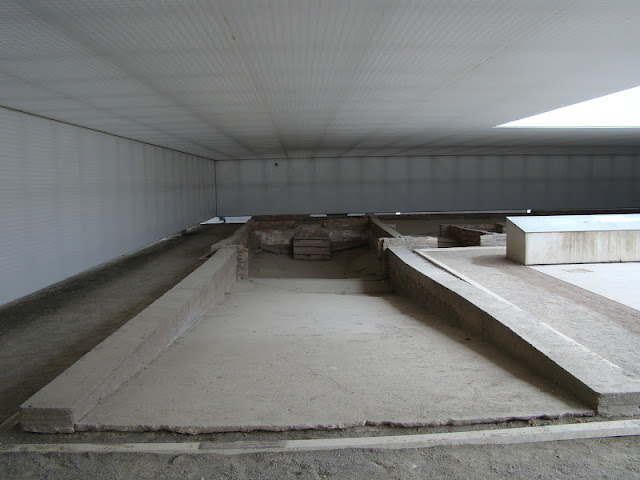 The gas chamber was within the building supposedly referred to by the SS as "Station Z" (the final stop), which also contained the crematorium, and is now covered by the white structure above, which was erected after the Soviet cover built in 1961 was removed in 2004. 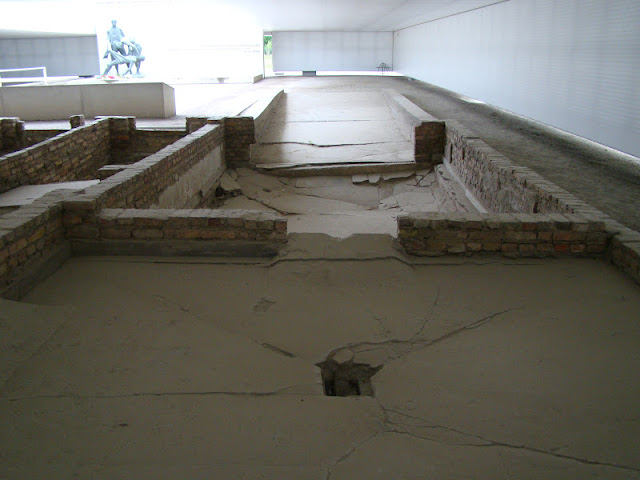 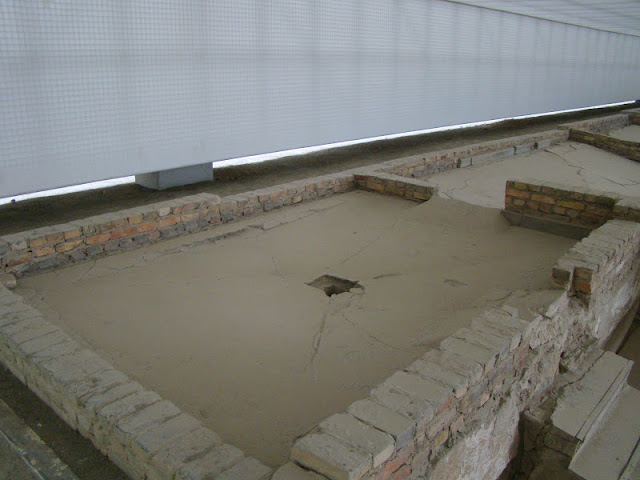 The gas chamber from another angel. It was very small.

I took photographs of all the museums signs that are placed inside the Station Z protective cover, I've already reproduced many of their claims regarding the cremation process here. But following, verbatim, is what the museum claims about the gassing procedure at Sachsenhausen: 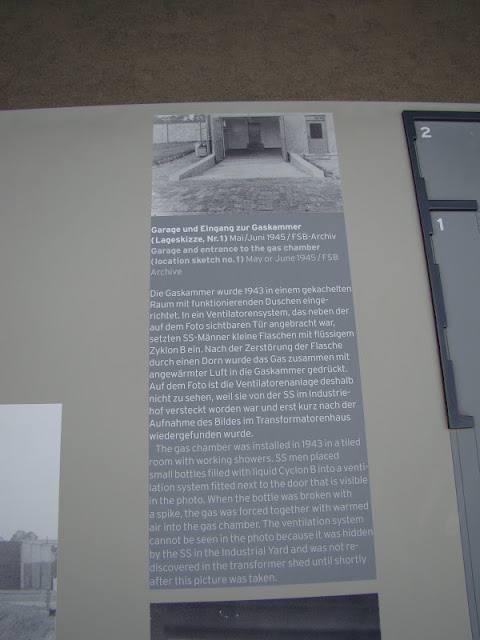 "The gas chamber was installed in 1943 in a tiled room with worked showers. SS men placed small bottles filled with liquid Cyclon B into a ventilation system fitted next to the door that is visible in the photo. When the bottle was broken with a spike, the gas was forced together with warmed air into the gas chamber. The ventilation system cannot be seen in the photo because it was hidden by the SS in the Industrial Yard and was not rediscovered in the transformer shed until shortly after this picture was taken." (enlargement of photo above) 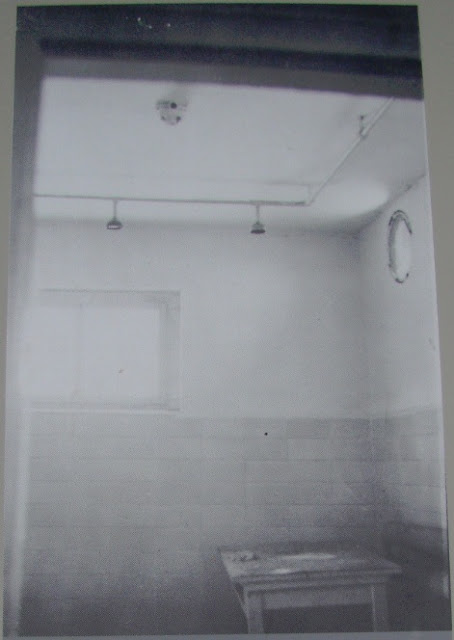 Soviet photo from May or June 1945, of the gas chamber at Sachsenhausen, with showerheads and a window. 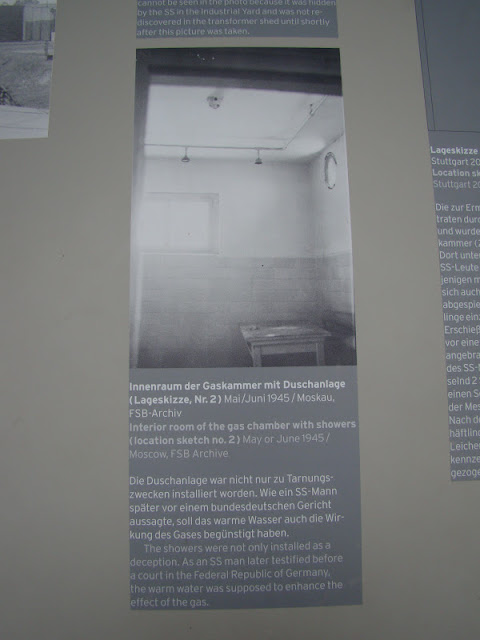 "The showers were not only installed as a deception. As an SS man later testified before a court in the Federal Republic of Germany, the warm water was supposed to enhance the effect of the gas." (enlargement of photo above) 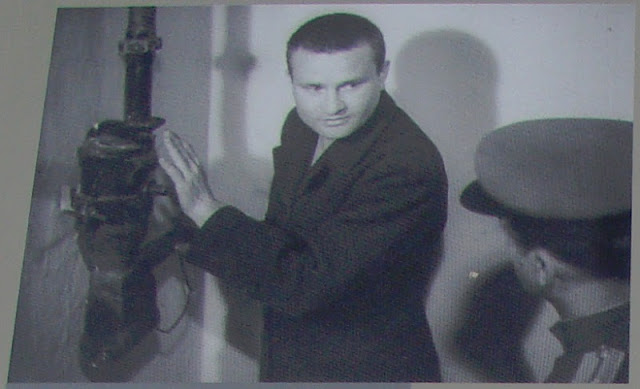 "In preparation for a large show trial, to be held in Pankow town hall in Berlin, of leading members of the concentration camp command staff and several inmate foremen, including Paul Sakowski, who was accused of being a "hangman", a DEFA film crew accompanied the Soviet Commission of Investigation at its work in Sachsenhausen. For this purpose, the technical installations of the gas chamber, which had been concealed in the Industrial Yard by the SS and found after liberation, were reinstalled. Inmates from Soviet Speical Camp No.7 (1945-1950) relate that they had to carry out this work." 
Summing up, and further reading

The Sachsenhausen Museum, claims in their display which was erected in 2004 at the earliest, that people were gassed at Sachsenhausen with bottled "liquid Cyclon B", mixed with warm air, and aided by warm water!

Michael Mills, who frequents Axis History Forum, has pointed out that the supposed homicidal gassing procedure at Sachsenhausen, sounds identical to the use of cyanide as a delousing agent.